©Funmi Adebayo and Each Day Online 2019. Unauthorized use and/or duplication of the content of this site without express written permission from this blog’s author /owner is strictly prohibited. 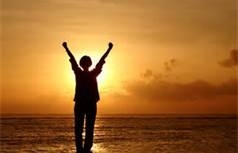 Zacchaeus …said … “Look, Lord! Here and now I give half of my possessions to the poor, and if I have cheated anybody out of anything, I will pay back four
times the amount.” Jesus said to him, “Today salvation has come to this house, because this man, too, is a son of Abraham.

He was spell bound. Breathless. Mesmerized.

“You mean Jesus could stop by to take a look at ‘me’ and reach out for ‘me’? Just like that?
In spite of who I am and what I’ve done?
Choosing ‘ me’ above these several others?

This is too good to be true!”

And how could he ever miss that whisper, when His heart called out to his. He heard it so clearly, though no one else did,

“I’m here because of YOU”. His heart called out.

Afterwards, he heard His gentle voice say, “Come down. I’m lodging with you tonight”

Who could have ever thought that the very expensive ticket to his dream life could be offered him so cheap!

“And how on earth did He know my name?” He couldn’t help but wonder.

Having struggled, cheated and manipulated his way through life, being shorter than others in reality, and ‘less privileged’ in his own mind, he had envisaged having to struggle and labor in a bid to outsmart others for the Lord’s attention also.

Hence, his decision to climb up the tree and jump down.

Jesus was excited to see Zacchaeus.

Such a fine young man full of potentials! Such a beautiful life heavy laden with great possibilities!

Surely, every man’s limitation and disability is in his own mind, for with God, all things are possible.

If only men would understand that only faith attracts and commands heaven’s attention and not any labor, struggle or superfluous display of emotions.

If only they would realize that there is no respect of persons with God, for the same Lord over all is rich unto all who call upon His name.

For Him, this was another mission accomplished: Zacchaeus and his household would enter into their dream lives that day. Never again would he have to steal, cheat and manipulate his way through life.

Furthermore, henceforth would Zacchaeus be reckoned with as a proper man who wouldn’t have to be limited by his status, stature or inadequacies; rather, he would be judged by the strength of his character throughout his lifetime!

Better still, never again would he be assessed in heaven’s eyes by his past, but by the fact that he belonged to Him.

If only the sons of men would realize that God is more willing to heal, touch and save them than they are willing to be helped.

…Always only a whisper,
a call,
a sigh,
a knock,
a heart cry,
a prayer,
a breath away…

Lord, it blows my mind to discover that I don’t have to struggle, compete or manipulate my way to You!

I don’t even have to try to outsmart anyone to get Your attention.

‘Cause you are just a breath away… Even much closer than I ever thought!

And indeed more willing to touch, heal, hear and bless me than I am desirous to be helped!

For this I am eternally grateful!

Published by EACH DAY ONLINE

Inspiratonal thoughts, Poetry and Devotionals by Funmi Adebayo. Visit our website www.eachdayonline.com ; Get our Books here: bit.ly/GettingYourGrooveBack View all posts by EACH DAY ONLINE